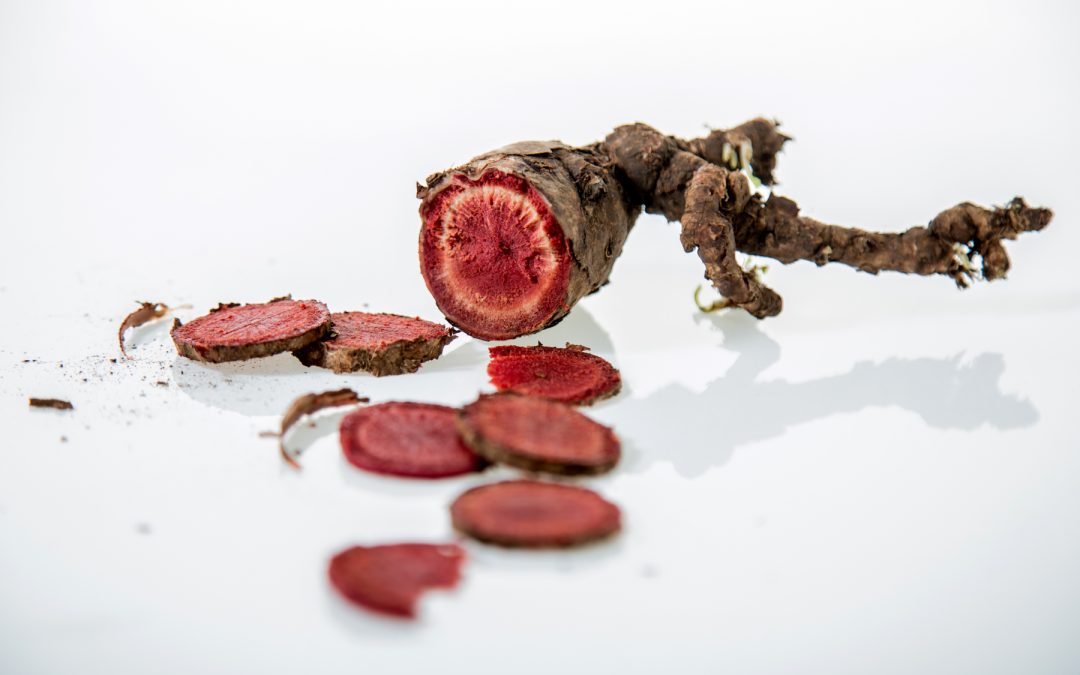 Your nose is running, you can’t breathe, your throat is dry and scratchy – it happens to most of us and it’s especially hard when it effects your kids because there aren’t too many effective solutions.

Pelargonium (Pelargonium Sidoides) is gaining huge popularity in Germany because of it’s effectiveness against the symptoms associated with colds and flus, and it is the best researched herbal cold and cough remedy. It helps to reduce the mucus of snotty noses and phlegm that makes it hard to breathe, improves a bad cough and any associated chest pain, and decreases congestion to help open the breathing passages.

Pelargonium has long been used by the South African Zulu’s, it’s also known as the Black Geranium, “Umckalwabo”, roughly translated as ‘for heavy cough and chest problems’.

Back in 1897, the remedy was popularised in England as ‘Steven’s Consumption Cure’, having been brought back by an Englishman ‘cured’ of tuberculosis by a Zulu tribal healer. With the advent of anti-tubercular drugs, it went out of fashion until recently rediscovered by researchers in Europe.

In the last few years Pelargonium has gone from being an obscure herbal remedy to become one of Germany’s most popular herbal medicines.

While most other cough, cold and sinus medicines tend to mask your outward symptoms, Pelargonium shortens the duration and reduces the severity of your respiratory irritations and helps boost your body’s natural defence system.

Scientific research also shows it to have potent anti-bacterial, anti-fungal and immune-boosting properties.

Pelargomium Sidoides has been successfully used for treatment of:

1. Respiratory Infections: Like bronchitis, sinusitis, and pneumonia, tonsillitis. It is very effective for treating acute bronchitis as it increases your body’s natural healing rate. Studies have found that 40-60% of patients suffering from acute bronchitis fully resolve their symptoms within a week of Pelargonium Sidoides supplementation. Some people reported experiencing benefits after just two to three days. People that are not cured after a week still experience benefits from Pelargonium Sidoides supplementation, since it can treat the symptoms associated with bronchitis, including headache, fever, fatigue, cough, chest pain while coughing, sputum in the lungs, rhonchi, and nasal dripping. A 2008 report published in Phytomedicine. In their analysis of six clinical trials testing Pelargonium’s efficacy as an acute bronchitis treatment, the report’s authors found that Pelargonium significantly improved symptoms of acute bronchitis without causing any serious side effects.

2. It is often used as an alternative to antibiotics – Pelargonium Sidoides has anti-infective properties. It prevents bacteria from adhering to cells, helps fight viruses and stimulates the immune system to hunt down pathogenic invaders.

4. Rapid improvement in the symptoms associated with colds and flu. Pelargonium may help relieve your common old cold. A  2007 study published in Explore revealed that Pelargonium helped reduce the severity of cold symptoms, as well as shorten the duration of sickness.

The alcoholic extract of the root has been shown to have a three-way effect:

1. Anti-bacterial: The herb extract prevents bacteria from attaching to cells in your mucous membranes.

2. Antiviral effect: It prevents viruses from attaching to your mucous membrane cells and stimulates your body’s immune system in such a way that both bacteria and viruses are prevented from multiplying.

3. Expectorant: the extract acts as an expectorant, allowing your body to expel contaminated mucous making conditions less suitable for the multiplication of the bacteria and viruses.

Due to its anti-bacterial and immune-modulating characteristics Pelargonium appears to be a good alternative to the conventional therapy of treating respiratory illnesses with antibiotics.

Whether you’re considering using herbs for colds, flu, and boosting your immune system it’s best to see a qualified Herbalist.

A Herbalist will formulate a personalised treatment plan to suit each person depending on their needs, with the correct dosage and combination of herbs.

(Please note: The information in this article is general information and not a substitute for medical care. As always, consult your own physician should you have any concerns.)